The other day I dined for the first time at the Frescobaldi restaurant in central Florence, a stone’s throw from the town hall square. It was delicious and it has now been placed on my list of fave choices for places to eat in the city. A fabulous menu, my first course was spaghetti al burro cacio pepe e rigatino (spaghetti with pecorino grated cheese, cracked pepper with unsmoked bacon bits), 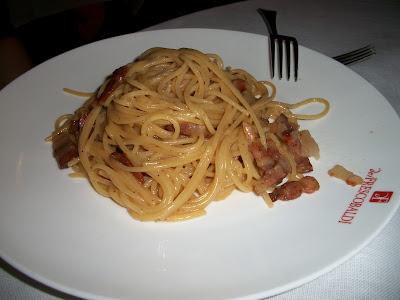 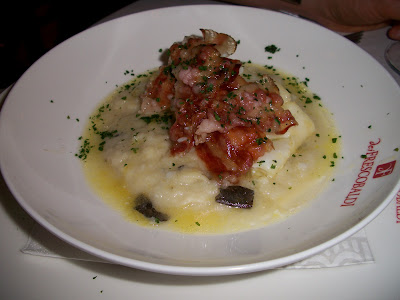 and rounded off with apple crumble and ice cream. 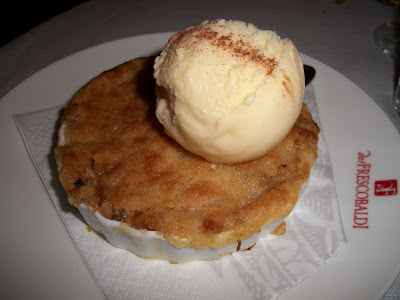 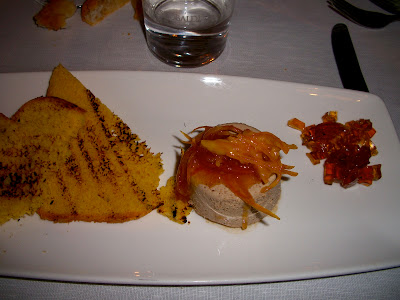 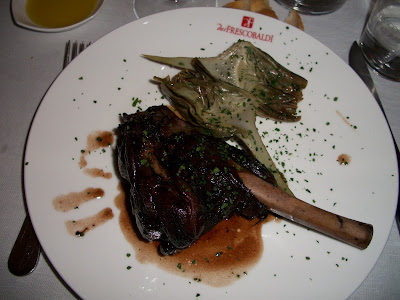 The wine list is exclusively their own production, as Frescobaldi is one of the largest producers of wine in the region, with wineries also outside Tuscany. I washed down the meal with a great bottle of IGT Toscana and the vin santo to accompany the crumble. At about 55 euros a head, the place rates in my special category for a splurge, or a treat, and worth every penny. The Frescobaldi family also have a wine bar inside the department store Harrods in London, and inside Rome Fiumicino airport. The family is one of the longstanding historical families of Florence, prominent in politics and business (banking and cloth, the backbone of the Florentine economy), from the twelfth century. They opened a banking branch in England in the 1270's, and after two decades they had risen to the position of the royal bankers, taking the place of the Riccardi company from Lucca. The family still currently own and live in their palazzo where they have been since the sixteenth century in via Santo Spirito, on the south side of the river. At the beginning of the seventeenth century they joined several properties in a row that they had bought to construct the current facade seen today form the street.
Since their arrival in the city in the twelfth century, they have been located in this area of the city, called the Oltrarno. Their first home, a medieval tower house in the thirteenth century, was located at the foot of the Santa Trinita bridge (one bridge down river from the Ponte Vecchio bridge) where the current Palazzo della Missione is located, built in the seventeenth century. They built the fourteenth century building next to the Palazzo della Missione which still stands today, before moving down the road to via Santo Spirito.

In 1444 Stoldo di Lamberto Frescobaldi donated money, along with the other wealthy merchant families in the area, to the construction of the new Augustinian church, Santo Spirito, (dedicated to the Holy Spirit) designed by the Filippo Brunelleschi, the first Renaissance architect. The family bought two side chapels in the presbytery area next to one another, a sure sign of the family's wealth. Moreoever, the position of the family chapels has crucial significance to the location of their palace, located practically next door. They paid for a private access from their domestic space to their religious space, so that they wouldn’t need to be physically inside their chapel to technically ‘attend’ mass which would be said for the family inside the chapel by an Augustinian. They could be behind the wall of the chapel and hear, as well as see, without being seen through a grill, called a coretto, which can be seen today in the top right corner. You can hunt out their side chapel recognising their coat of arms, a shield divided horizontally red and gold with three gold rooks.

The family have been making wine since 1308. In 1995 they began a joint venture with the Robert Mondavi family of Nappa valley. In Tuscany they have nine vineyard areas: Castello di Pomino, Castello di Nipozzano and Tenuta di Castiglioni are located very close to Florence.
Buon appetito e salute!