The brand Gucci turned 90 last year. They celebrated by inaugurating the Gucci museum in Florence. The location -  The medieval fourteenth century palazzo della Mercanzia (the court house for business cases).
This large splendid building is located in the piazza della Signoria behind the bronze equestrian sculpture of Grand duke Cosimo I. The building’s origins are eluded to by the series of terracotta coat of arms on the facade, they are of the city’s 21 guild corporations (the original stone coats of arms are on display inside the building on the ground floor).

The building was once where the elected 6 non Florentine judges, along with 6 local judges from the major guilds, would meet to adjudicate on cases related to business affairs in the mercantile republic of Florence. Inside the main room were seven fabulous large paintings by Piero del Pollaiuolo and Botticelli depicting the personifications of the seven virtues, currently housed in the Uffizi gallery.

Gucci has taken over the whole building, three floors. They renovated the interior and created a museum which narrates the history of the brand. The museum is divided into thematic rooms inspired by the brand’s iconic motifs and symbols. Also, there is a contemporary art space on the first floor where an art piece on rotation from the Pinault foundation will be on display. Francois Pinault is one of the largest collectors of contemporary art in the world.  He is the head of the company PPR (Printemps-Pinault-Redoute), owner of the Gucci Group, amongst many other luxury goods companies such as Yves Saint Laurent. Adjacent, a room will feature video and film installations as well as landmark films that Gucci has helped to restore through its collaboration with Martin Scosese’s Film Foundation. On the ground floor, there is a bookshop (in collaboration with Rizzoli publishing house), a restaurant and cafe. The idea to create a museum and Gucci space was conceived by the current creative director of Gucci, Frida Giannini, originally from Rome. She has held the creative director position over the whole house of Gucci since 2006.

Headhunted from Fendi, Giannini arrived at Gucci and designed handbags under Tom Ford, the creative director at the time. In 2011 Giannini designed the Fiat 500 for Gucci in collaboration with Lapo Elkin (of the family Agnelli, owners of Fiat). 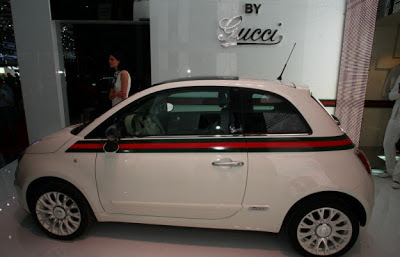 As mentioned above, Gucci is a huge company owned by a corporation but it was started by Guccio Gucci and began very much as a family business. In 1921 Guccio opened the first shop in Florence selling leather goods and luxury luggage in via della vigna nuova. Prior to this he had worked at the Savoy in London and saw a need for sturdy but stylish luggage for the affluent international clientele. He returned to his native Florence and combined the sophistication of the English traditional with the unsurpassable the Florentine leather artisanal tradition. In 1938 he opened a shop in Rome and his sons, Aldo, Vasco, Ugo and Ridolfo and joined the business. During the second world war when confronting a leather shortage, he developed woven hemp printed with small interconnected brown diamonds, this the first Gucci signature. 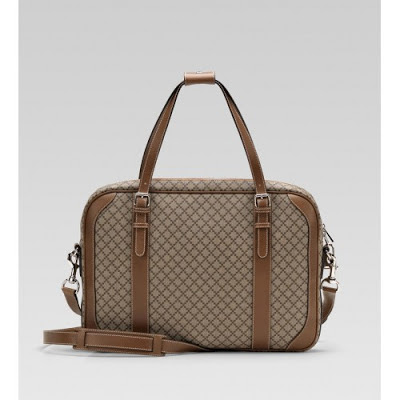 In 1951, the shop in Milan was inaugurated and it is around this time that the red-green-red web design became a hallmark of the company. 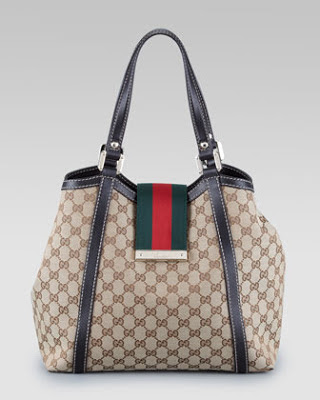 In 1953, Gucci went international with the opening of the Manhatten shop.  They rented a space in the Savoy-Plaza Hotel and it was managed by Aldo. He concocted a romantic tale that they had come from an illustrious line of noble saddle makers and began incorporating equestrian themes. The Gucci loafer was born with the metal horse bit. 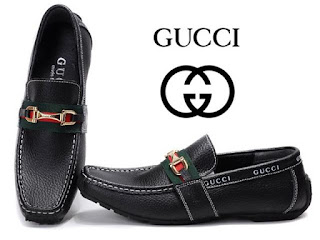 In the 1960s the GG logo on the hemp and on buckles on bags and luggage was used.

Jealousy and rivalry began to destroy the family and the company, and there was scandal after scandal from the 1970s onwards. Paolo, Aldo’s son, reported his father for tax evasion and his father went to prison in Florida. Paolo then tried to get rid of Maurizio, his cousin (Ridolfo’s son), who had come to work with Aldo in America and had taken control of the company. Maurizio, tired of his scheming family, found an investor for the family business and here begins the end of Gucci as a family run empire and the beginning of Gucci the brand and international company. In the 1980s Gucci went almost bankrupt and Maurizio, in debt, sold all of his shares and was, in the 1990s, shot in a plot organised by his ex-wife. In 1990 Tom Ford began to work at Gucci in Milan in women’s fashion when the brand was in hardship both monetarily and creatively. In 1994 he was promoted to creative director and revamped, modernised and sexed up the fashion and accessories. Gucci took off. From near bankruptcy when Ford joined. The company was valued at $4.3 billion in 1999 and $10 billion in 2004 when he left.

The other day I had a wonderful lunch at the Gucci caffe and loved the whole experience; the service, the meal and the location. The menu has a good selection of first, second and salad dishes. The table cloths are with classic diamond design and the sugar is in the shape of G (loved this touch). We had a mixed mushroom and pumpkin soup with barley, spaghettini alla botarga, maccheroni with black cabbage pesto and crispy bacon, and spelt pasta with mixed mushrooms, peeled tomatoes and marjorum herb. We sat outside and, being November, the piazza della Signoria seemed all ours with very few people walking around, it was perfect. As yet, there is no heating outside but there are plans to add it soon, I was told by the waitstaff. 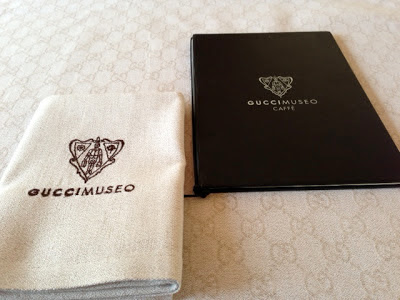 Email ThisBlogThis!Share to TwitterShare to FacebookShare to Pinterest
Labels: Florentines of Influence