SPRITZ, BELLINI OR JUST STRAIGHT UP FIZZ - PROSECCO ALL ROUND!

I LOVE PROSECCO!  I truly am in love with prosecco and I know that many others share this love!

Its charms claim many victims here. I was not overly affectionate towards the bubbly before coming to Italy, but I am now. I love it straight up, as well as the Venetian twist in the form of the spritz (1/3 prosecco, 1/3 Campari or Aperol, 1/3 water, served with an olive or an orange slice), and also the Bellini cocktail (prosecco and fresh peach juice).
Interestingly, the spritz, the Venetian aperitivo drink par excellence, was born during the period of Austrian occupation at the beginning of the 1800’s and morphed out of the spritzer (white wine and soda). The Bellini cocktail, born in Venice and named after the Venetian master painting family from the 1400’s, is fresh peach juice and prosecco.
Florian, one of the historical cafes in Venice and one of the oldest cafes in Europe, opened in 1720 and situated in Piazza San Marco, does an immensely chic thing - they make the Bellini cocktail only when the peaches are in season.


The Bellini thus find themselves in familiar seasonal company, surrounded by other great Venetian masters such as Titian, Tiepolo and Tintoretto, and they are relaxed by the Puccini music whilst swimming in prosecco.  What could be better than that?

Prosecco is both the name of one of the types of spumante (the generic name of Italian bubbly), as well as the name of the particular type of grape which is used as the major component and, in some cases, the only grape used in its production. It is made in the Veneto region in northern Italy, most particularly concentrated around the areas of Conegliano and Valdobbiadene.
Other versions of spumante in Italy that are well known are Franciacorta in Lombardy (northwest of Brescia), Asti from Piedmont (area of Asti) and Lambrusco from Emilia and Trento DOC. 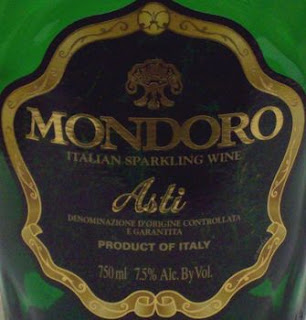 The prosecco grape is also sometimes mixed with pinot blanc and pinot grigio grapes to make prosecco sparkling wine.  It is made using the charmat process rather than the champagne method, meaning that the second fermentation takes place in the pressurized tanks rather than in bottles.  The shorter fermentation process preserves the freshness of the grapes, and the flavor, and is ideal for the type of grape that prosecco is, being praised for its freshness.  Prosecco comes in both fully sparkling (spumante) or lightly sparkling (frizzante) wine versions. Prosecco spumante has two grades, ‘brut’ or ‘extra dry’. Extra dry is slightly drier than brut. 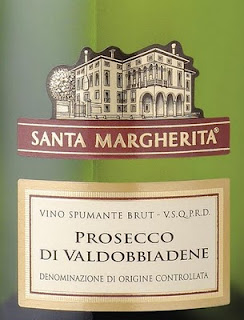 Prosecco is a winner for all occasions -  wonderful as an aperitivo, but also it's the perfect accompaniment to a fish meal, or white meat such as chicken.
So serve it up and spread it around - it makes everyone happy and is an essential ingredient to the dolce vita - brut or extra dry, it’s the way to go!
Posted by FREYA MIDDLETON