A WEEKEND AND PASTA IN SARDEGNA 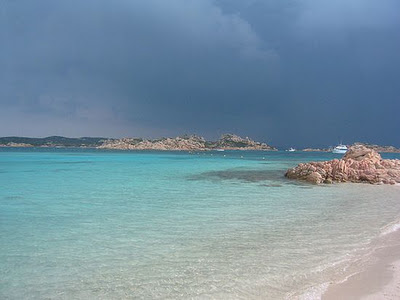 The gastronomic adventure never ceases here in Italy. I have just spent the weekend in Sardegna and discovered two new types of pasta typical to this lovely wild island: fregola and culurgiones.

Culurgiones is a type of pasta which originated from the Ogliastra area (central east of Sardegna) and now enjoyed all over the island. It belongs in the same family as the tortello and raviolo, being a ‘pasta ripiena’ or pasta with filling inside. This filling changes slightly according to the season and the area, but the form stays the same. Inside is a potato base with either goat or sheep cheese according to the season, with mint or garlic. 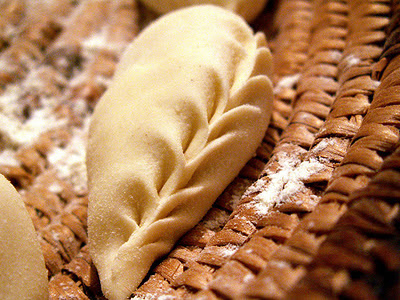 The culurgiones are oblong in shape and have a slight half moon curve to them due to the way that the fresh pasta is closed at either end with the fingers. They are decorated with some diagonal incisions which, when combined with the shape, take the form of sheaves of wheat when on a plate. Served warm with a pecorino cheese grated on top they're delicious. They can also be served with a tomato sugo. 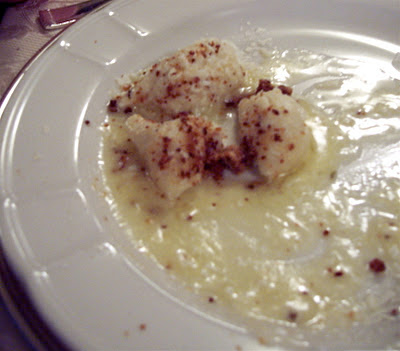 Fregola is completely different - it is similar to couscous only slightly larger in form. These small balls of pasta are often served with fish broth or a fish sugo or a more delicate and light broth. They are made by rubbing the mixture (semola grano duro and water) together between the hands until the little balls form, thus giving origin to the name  (‘sfregare’ means to rub one's hands together).

Typically from Cagliari and Oristano, the pasta is found packaged in shops all over Sardegna, though it is not necessarily on the menu in trattorias outside of its native region. 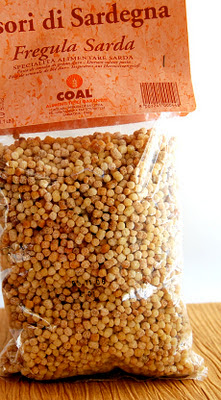