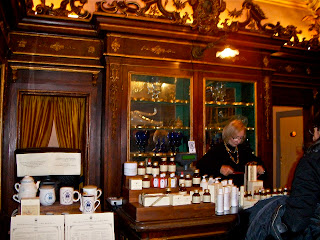 Santa Maria Novella pharmacy is a beautiful place to visit. It mixes the old with the new and it smells divine. As soon as you open the door, the wonderful aroma from the herbs and flowers used for the potpourri and essences, and the array of different products for both sexes (not to mention the selection for our four legged friends also – a range for cats and dogs!), wafts welcomely over us. Walking past a sculpture of Aesculapius – the pagan god of medicine – reminds us immediately of the history of the place. This was, before becoming the chic shop it is today, the area of the infirmary for the Dominican complex, the place where they sold their remedies and curing agents, as well as the location of their herb garden and presses for their manufacturing. 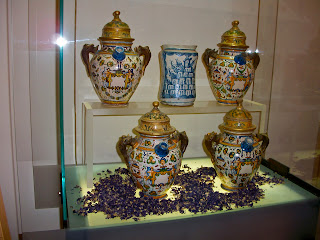 The current entrance to the Farmacia, from the street (via della Scala), means that we walk initially through a vestibule and into the first selling room which was previously the gothic style chapel, built in the fourteenth century and paid for by the Accaiuoli family, and built next door to the infirmary for the sick. The family donated money for the chapel’s construction after having benefited from the Dominicans' medical saviness. The chapel was restructured into the selling room in 1848 when the street entrance was made. From the onset of Dominican presence in Florence (early 1200’s), the friars made remedies and kept a herb garden, their rose water (used to purify the air and as an antiseptic in times of plague epidemics) was already mentioned as being for sale in a document from1381. The Dominicans hired a skilled layman apocathery and herbalist in 1542 and an independent ledger was begun. 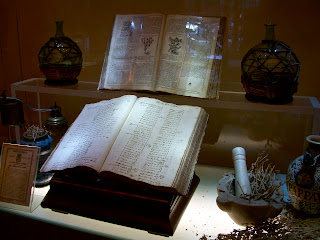 The official founding date for the pharmacy as a shop and establishment open to the public however, where the creams and waters for commercial sale were produced, is 1612. In the 1650’s it was endorsed directly by the Medici Grand Duke of Tuscany and received many privileges, one of which was an additional title ‘Foundry to His Royal Highness’. Today the old infirmary is the second selling room, and the current third selling room was the initial selling room. This third room (with original 1700’s decoration) gives onto one of two cloisters in the Dominican complex (off limits today as it used by the Carabinieri) as the Farmacia was, before the mid-1800’s, entered from inside the monastery.
Don’t miss a visit into the little sacristy (next to the chapel, now accessed from the second selling room) with the original frescoes of the passion of Christ attributed to Spinello Aretino (ca.1350-1410).
Open: everyday 9.30amam-7.30pm (frescoed sacristy & room with presses and ceramics 10.30am-7pm). 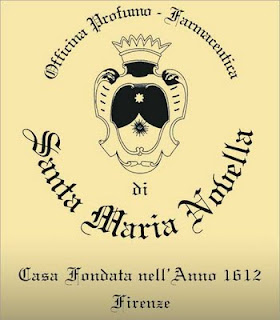