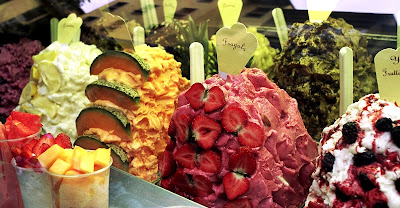 The Italians are passionate about many things and gelato (literally in English ‘frozen’) is seriously high up on that passion list of theirs. Eaten by all ages, it is a national obsession. That it is good stuff is probably about one of the only things that Italians from the north to the south, east to west, would agree wholeheartedly upon !

Gelato is not simply the Italian word for ice cream, as it is indeed slightly different. There is more milk product and less cream used in gelato than in ice cream, which means that it is lower in fat content. The fat content in ice cream adds to the creaminess.  However, having less fat content doesn’t actually mean a less creamy texture, as one would logically conclude. The creamy texture of gelato is achieved by less air mixed in during the production process, something that is referred to in technical terms as ‘overrun’. An increased level of overrun is required in ice cream to keep it from freezing too solidly. Packaged generic quality ice cream often has 100% overrun, which means that it is half air. This helps to explain why it can be a big tub but not as heavy as it would be if it were gelato which has circa 20% overrun. The denser state of gelato means that the taste is more intense, and it is more like soft-serve ice cream than standard ice cream.

So, to summarize: gelato is addictive due to its dense, creamy texture, it has a high taste intensity and is less fattening!  The ingredients of gelato and ice cream are more or less the same (milk, cream, sugar, egg yolks, air and flavour) however in varying degrees.

OTHER TEMPTATIONS IN A GELATERIA:

Semi-freddo - This is equal part gelato with whipped cream. It has the consistency of a mousse.
Granita – it is water, flavour (fruit or nuts such as almonds) and sugar. The liquid base is poured into a shallow tray and frozen. At intervals it is stirred to break up the ice crystals as they form. It is typical of Sicily and served in a cup. Gourmands can also add a scoop of gelato (a winning marriage is almond granita topped with pistachio gelato).


A sorbetto – same ingredients as the granita but churned like ice cream to achieve a soft texture.
La Serenissima twist: When in Venice, do as the Venetians do and after dinner order a ‘Sgroppino’. It is served in a glass champagne flute and is a dreamy concoction of lemon gelato and vodka.

THE GELATO PLAY-OFF IN FLORENCE  (these are all ‘produzione propria’ - made in-house):

Gelateria dei Neri (Via dei Neri) – I always get the ‘Giotto’ (coconut, hazelnut, walnut) but there is gorgonzola & walnut flavour, ricotta & fig, mexican dark chocolate and chili (the kick comes afterwards, very cool).
Perche No! (Via dei Tavolini) is located mid-way between the cathedral and the town hall, so very convenient. Flavours such as rose and lavender are sometimes on offer, as well as a great one I tried recently which was Eastern inspired with spices and ginger - it was a winner.
Vivoli (Via Isola delle Stinche) mentioned in all the guidebooks. The rice flavour is a hit. It is more expensive than the others.
Carapina (Via dei Lambertesca) – this is the newest kid on the block and making lots of publicity with the foodies in Italy (an acclaimed Italian food critic, The Gastronauta, just included it in his top five gelaterias in italy!). Their aged parmesan cheese flavour is pretty cool. I love their business cards also folded into the shape of a cone, nice touch.
Grom (Via delle Oche)– this chain is springing up like mushrooms all over Italy, born in Turin in 2003 and now gone global (Malibu, New York, Tokya, Osaka, Paris – crazy!). 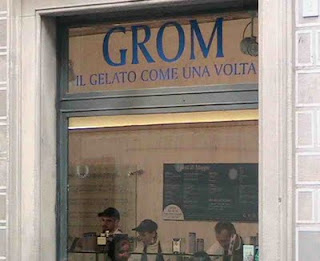 My absolute favourite in Florence, I must admit, is just outside the centre, called Gelateria dei Medici (via di statuto 3-5/r) for those who are in the area. It is simply fantastic, as attested by the hordes of Florentines outside at all times of the day. 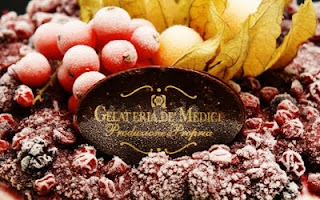 I am an addict of the little balls that they make up of some of their flavours and then coat them with something delicious. My all time fave is the pistachio ball rolled in crushed pistachio nuts or the hazelnut rolled in crushed hazelnuts. Their house specialty is the ‘crema dei Medici’ flavor (cream and chocolate). 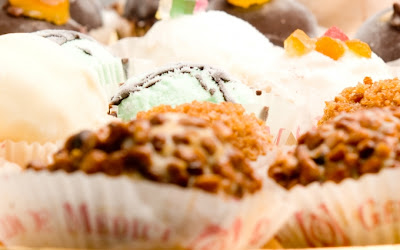 Finally, as a testament to the Florentines' love of gelato, every year towards the end of May there is a GELATO FESTIVAL in Florence!!! 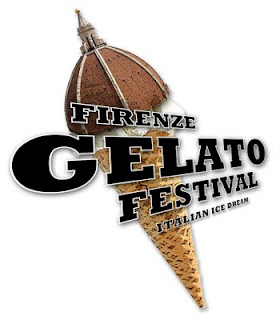